In the latest edition of Golf World, Woking has risen some 22 places to 41st in Britain and Ireland, the largest jump in the entire listing!
Golf World is regarded as the most objective of the magazine/web rankings, and their panel are well-travelled and experienced golfers.

Clearly, our architectural pedigree has played a part in this, as the criteria for ratings has been tweaked since the last edition two years ago such that design plays a more prominent role, but it is encouraging to see that the presentation credential is marked at 11.1 out of a possible 15. Given that we have Andy Ewence and his team driving the golf course forward, this figure will rise in the future! 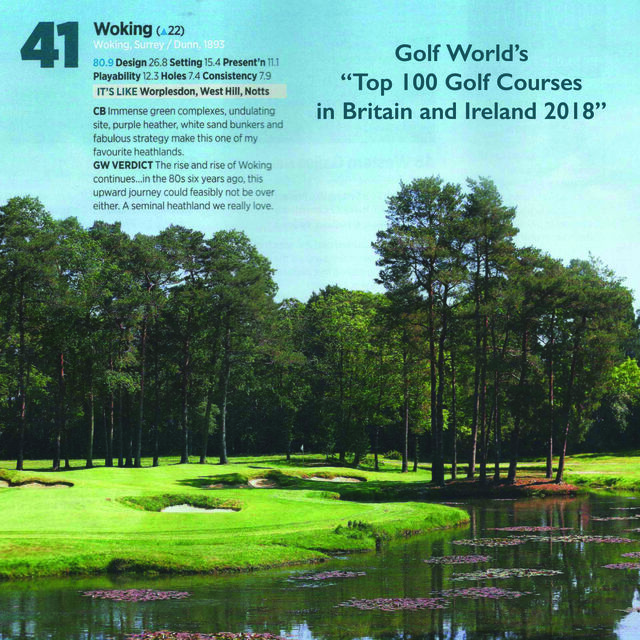